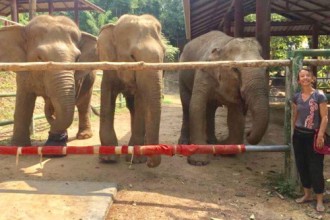 Program Leader for the Elephant Research 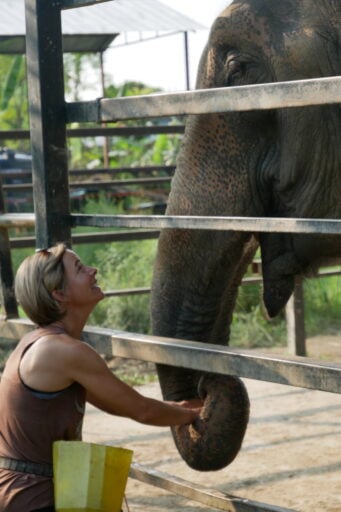 Chrissy Pratt has been an animal trainer and behaviorist for 18 years. She has worked with a variety of animals, and has consulted with elephant organizations all over the world, including Save Elephant Foundation, Boon Lott’s Elephant Sanctuary, and Burm and Emily’s Elephant Sanctuary in Thailand; Wild is Life/Zimbabwe Elephant Nursery in Zimbabwe; Tiger Tops Elephant Camp and Stand Up 4 Elephants in Nepal; Pakke Tiger Reserve in India; and Life in Oozie Village Ecohut/Myanmar Timber Enterprise in Myanmar. Chrissy is passionate about all animals, fascinated by their behavior, and deeply committed to their conservation. Chrissy began her career working with animals as a volunteer at the New York Aquarium in 2002. This led to a career working with marine mammals at Sea Life Park Hawaii, The Mirage Dolphin Habitat in Las Vegas, and dolphin-assisted therapy at Onmega Dolphin Therapy Marmaris in Turkey. During this time she volunteered with primates at the Honolulu Zoo and learned about prey animal psychology and Natural Horsemanship at Horse Sense of the Carolinas in Marshall, North Carolina. Throughout the course of Chrissy’s career as a marine mammal trainer, her feelings about animals in captivity for the purposes of entertainment evolved. She began to look towards applying her skills in a way that would promote conservation, rescue, rehabilitation, and finding creative ways for humans and animals to work together in a manner that benefits both…not just humans. She learned about managing elephants in protected contact and utilizing positive reinforcement training as an Animal Care Specialist at Busch Gardens Tampa. Her interest in rescue and rehabilitation was also fostered in Tampa, FL, where she volunteered with local animal rescue organizations. Her desire to share ideas and knowledge to improve the lives of elephants working in developing countries brought her to Thailand in 2012, where her career as a consultant began. When she is not teaching positive reinforcement training techniques and ways to improve elephant welfare, Chrissy likes to spend her time learning about other cultures and ‘jungle’ ways of life.