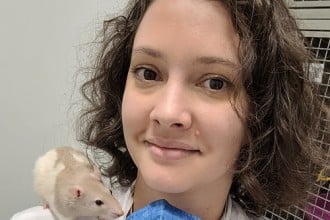 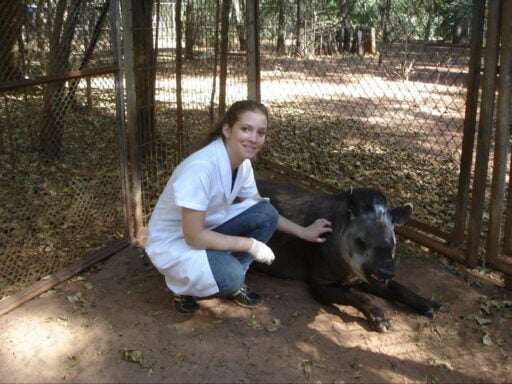 Mariana is a Brazilian veterinarian. Even before entering vet school, she knew she wanted to work with wildlife, and her career has been driven by this passion. She attended vet school at São Paulo State University (UNESP) from 2009 to 2013. As a vet student, she dedicated her time to gaining knowledge and experience in the field of wildlife medicine, so she attended as many internships and lectures as she could. She also attended a 2 years residency program in Wildlife and Zoo Medicine at UNESP and Sorocaba’s Zoo from 2014 to 2016, where she worked with many amazing species (from parrots to bears). As a resident, she collaborated with many projects involving wildlife medicine and conservation programs. Since then, she has been working with exotic pets and small animal internal medicine at a large clinic in São Paulo, Brazil. In her free time, she loves watching TV shows and movies with her husband and playing with her Syrian hamster (Frank). She has a special interest in cooking and baking (and eating!). She also enjoys reading, traveling, and being around family and friends. Her favorite animals are mustelids and anteaters (and she has a secret love for Syrian hamsters)!